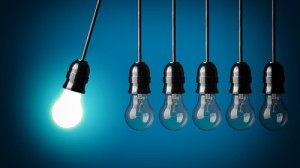 “Most of our pocket wisdom is conceived for the use of mediocre people, to discourage them from ambitious attempts, and generally console them in their mediocrity.”
— Robert Louis Stevenson

Genius is never calculated. It is idiosyncratic, and moves in fits and starts – never a straight line.

My day of reckoning on the journey to “genius” hit a fork in the road, demanding a decision to decide my future path. I wrestled with which direction to take, perceiving one as destiny versus the other a calculate end. Each path its own rugged journey, but both options possible. My desire, tinged with the fear of not being able to feed my child, ignited dreams of successfully switching crafts, driven by an intuitive and insightful creative imagination. I never saw that 10,000 hours meant another lifetime of practice; believing my skills, although latent, would take me to the next level, despite the truth saying something different.

Instantaneous reflection sums up all that I came to be at that point: weighing options for the sake of security.

This biblical moment of choosing – changing a life path – demanded humility and acceptance of my true self within that moment. All that I was, and all that I was capable of being from years of practice whirled in wild imaginations of becoming something new. Leaning toward efficiency and the least resistant path, my delusions of grandeur fueled my ego, believing I could command any task. The appeal of the fast track to success led me to make regretted phone calls; to not realize my inconsistency; and “give randomness and ambiguity the appearance of order, structure and uniformity.” My choice quickly revealed the pedestrian nature of my new vocation.

When the paycheck becomes more important than the dream, the intuitive becomes stunted.

Artistry too easily caters to the price tag of fame, forcing the genius impulse to breed ideas outside of main street. Its idiosyncrasy becomes compromised because its first stroke, like the first thought to action, is an inchoate creative act illusively tied to prescribed financial ends. Success becomes the product sold in the galleried marketplace, not a boundless understanding of things tossed about in the imagination. The product driven genius then becomes a pseudo intelligence, channeled only to find the right path money dictated necessary.

The rhetoric of rugged individualism requires that pervasive mediocrity exists.

Managing competition inherently relies on people never reaching success, but feeling they can if compliant, reinforcing the pseudo-genius. Market forces use an American Dream “success” story to perpetuate a delusion that people buy to feel their brilliance. This contrived success masks the mediocrity. Subliminal selfish ends compromise first thoughts, which feed the stroke of the pen, brush or hand that sets out to interpret the scale of form and function. All creative acts become a competitive act.

There are no mechanisms in America where society nurtures and celebrates creative impulses for their own sake.

Artists become a happenstance – classified as some special being sitting outside the mundane, and challenging norms because they have courageously denied participating in the day-to-day ‘systems’ – or have found a means within that system which appears to extend their creativity. In this society of product driven ends, materialism forces the artist to hide in cubicles, day in and day out, until their job salaries provide enough to get them back to their real work.

The starving artist illusion, worn like a mantle, feeds the pseudo genius, who waits for the singular moment of discovery by the service of wealthy patrons.

Money coerces decisions at the crossroad. Immediately strategizing to give value to an end product, logos churns conflicted thoughts. As a well-bred daughter to my parent’s mission of robust independence and self-reliance, my creative intelligence conflicted with their conformist interpretation of working toward the golden ring. Their narrative conjured a strategy to achieve the “right” end, exemplified by possessions, such as the right house, right car and perfected dress; promoting the ‘Horatio Alger’ myth of meritocracy – man against man for position and material success.

“Mediocrity’s shallow soul finds refuge in insincere moral platitudes – such things as ‘appropriateness’ and ‘respectfulness’, ‘politeness’ and ‘civility’ – and it is by nature deferential and obsequious, and places much emphasis on status.”

Under the light of competition, strategic moves to win, become a valued monetized action, derailing the creative purpose for truth in form and function. Operating under this motive “to win” denies any imagination to internalize how structures move within time and space, negating exploration and constraining real reflection. The preoccupation with making money, and considering what that money can buy, feeds the glory and fear of star power. With this mindset, the best end is a selfish manipulated end, which always means people lose.

Calculated materialism deadens artistry, and a mediocre reality with its preconceived notion of virtuosity deadens genius.

Superficial people co-opt mediocrity to make themselves powerful. Keeping the middle ground as a cultural norm means people get just enough to satisfy their base needs, prohibiting any motive to challenge the system of power. Position and influence measures the utility and synchronicity of being, wrapped by self-serving competition, which motivates the artist’s drive to sell their craft. Art, no longer an expression of truth, becomes a commodity, pitting idea against idea like a drag race, defining those who have “it” with those “who don’t.” The price tag defines the “it” piece. The artist becomes a shoe salesman in hipster clothing.

Innovation demands our hours in the chairs consist of learning, re-learning, and surviving the cycle of success and failure.

With the multitude of people on this earth, and the different players in any given game, the best, at best, is only a fleeting moment of time. There is always someone else in the wings, or another perspective of brilliance to shine forward and capture the pockets of big donors. Playing to the benefactor curtails the freedom to think. We are too busy playing the financial catch-up game to sustain our best true selves. This game nurtures the American soul, and is nurtured by big donors, tethering all ends to our philosophy of materialism.

To rise above the tide of mediocre expectations, and its self-fulfilled prophecies, depends on accepting the obstacles to creative truth, and turning them over to something forward moving – not being afraid to stand outside the mediocre masses.

Clear vision challenges aimlessness. Fierce curiosity distracts and sidelines comfort zones. We must believe in the third eye that counters righteous indignation against the cacophony of voices, pushing and pulling the truth, over and over again, to justify their watered down norms of thinking and being, and settling to the lowest common denominator.

The artist’s truth, isolated to the fringes, rises above the fray of mediocrity when it can feel a deep connection to love and nature, and exist without the need for power.

Art gives the abstract ideas of past, present and possible futures, real constructs. This creative imagination, inherent in the birth of its being, cannot be bought. Society needs to nurture the sentient artist rather than force it to the confines of materialism and the will of wealthy often political patrons.

We must know who we are, to rise against this tide, and trust the process of becoming.