Always thought the role I played was of an observer. Watching time pass, while at the same time, catching a framed tableau in a moment’s consciousness. Waiting patiently for the rain to roll in, the sun to set or witnessing the river flow. Taking in the scene.

The trees always sang the wind’s song, while pantomiming a narrative. Nature holds the only truths – it has no intentions; it only breathes the in and out of air to CO2 in a skin of designated cells that repeat through the cycle of life and death. Energy shapes nature, which witnesses our stories.

My voice used to hide behind a fearful eye that needed a boost to find its confidence. Once given the instrument, the heart and sound flowed freely – that voice became comfort and calm – the only sound that I could hear with clarity. As time moved forward and the ages grew, that voice moved from one symbolic page to a different script – then another and an other script. Nothing came full circle. The scenes always moved on before coming to fruition.

I always thought it was my uncontrollable passion that stopped my clarity. My brain never seemed to work right. I would see one way, then execute the strokes, which always derailed at some point. No follow through. No clear line that was a flawless run. I always believed good intentions over-rode the jagged starts and stops, which were just a part of the process of reaching for the stars.

When I read deeper into the story, my reflection painted a picture where people moved further away – repulsed? scared? I considered too afraid to face their own fear. I retreated with their retreats. I moved further from the center, and packed my bag and moved to the next studio. New circles. Inventing a new role to play. Looking for the right fit – the right being in the nothingness I clung to.

The human’s tension, so cerebral, does not shake the possession of time easily. With eyes closed, I envision something different, and then strive only to breathe and let the mind full flow to something else… 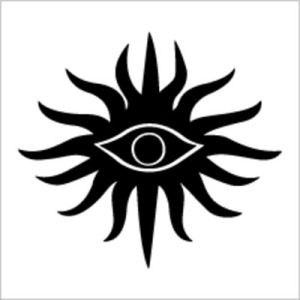 Imagine a concept of self as high functioning compassionate worker, passionate creative artist, and purposeful friend, all at the same time.

Can this type of person actually exist?
Success depends on detachment from deep feelings of apprehension or fear.
Can success sidestep acrimonious, self-serving competitor’s eyes?
Humanness without ridicule needs a strong determined and grounded right being.
You cannot move forward, while holding on to the past at the same time.
You become stagnate.

Your Mercury/Messenger clears nature’s obstacles with intellectual swords of crisp language in a well thought out script, balanced on strong limbs. The rat race proceeds – hurdle after hurdle – each leg having to lift higher, stronger and maintaining momentum – keeping the running stride.
If at any point between hurdles the Mercury/Messenger slows down, then time becomes wasted in re-accelerating or recalibrating the course. The desperate effort to “win” gets the race of ideas to the end of the track. Adrenaline rising as thousands of voices claim their ideas as more deserving than other’s, deafening the senses. Mercury/messenger pushes forward avoiding a fall or stumbling moment; working hard to land on both feet at the finish line – so close with a photo finish showing a mix of elation for finishing without dropping to the ground. On closer inspection, the runner’s pensive brow, and nervous hands pose in uncomfortable positions, while limbs search for grace to make the stress worth it.

Arrogant, headstrong determinism believes the delusion that manipulations are everywhere and necessary. Is cheating necessary to reach the highest categories of success? The broad – vast – playing field, covered with many categories of learning, many paths to run, is impossible to master. So gaming the system becomes part of the system. Does running this type of race actually bring out one’s best self?

Questioned intentions.
Only the lines on my face speak the truth.
Yin and yang cannot hide from the eye if you are looking close enough.
Can you see the real lines?
Or do you see what you only think you see – hear only what you want to hear?
is there an objective truth?
Truth is only true to the depth you are willing to see.

Self-serving antagonists hide behind their limited generosity – just enough to play nice in the sandbox so the unobserving eye only sees their glitter in the sun drenched sand. The truth sits in plain sight – on the sleeve – within the movement of the eyes – the posture, or forced wear and tear of the voice. Eventually, the light reveals the truth when sight clears from foggy obsessions.

Ideas are chimeras until made into something tangible; until they acted upon.
If races are never run, then nothing would be made real.
Illusory ideas would never be built because no one would show up to build the structures thus affecting us all to become puppets to the process of the “chosen.”

Divisive minds not rooted in consensus dialogues reject anything they don’t like. They shut out voices because they assessed the unworthiness of other’s voices because they know better and usually hold a resentment. No weighing options because they have figured everything out. The rebuke with their unyielding absolutes creating greater hurdles for Mercury’s success – greater moments of unforgivingness to overcome. Is this divisive mind trying to break spirits so they will all just leave?

Each has their own truth.
Each must speak their truth.
But in giving truth a public speech, each must hear the return of that voice in other people’s truths.
Compromise between voices volleys back and forth but if the runner stops mid track because they have decided to play it their way or the high way, nothing resolves.
The players will not able to shake hands at the end of the race – because the game wasn’t really played.